Through His Eyes By Group Exhibition 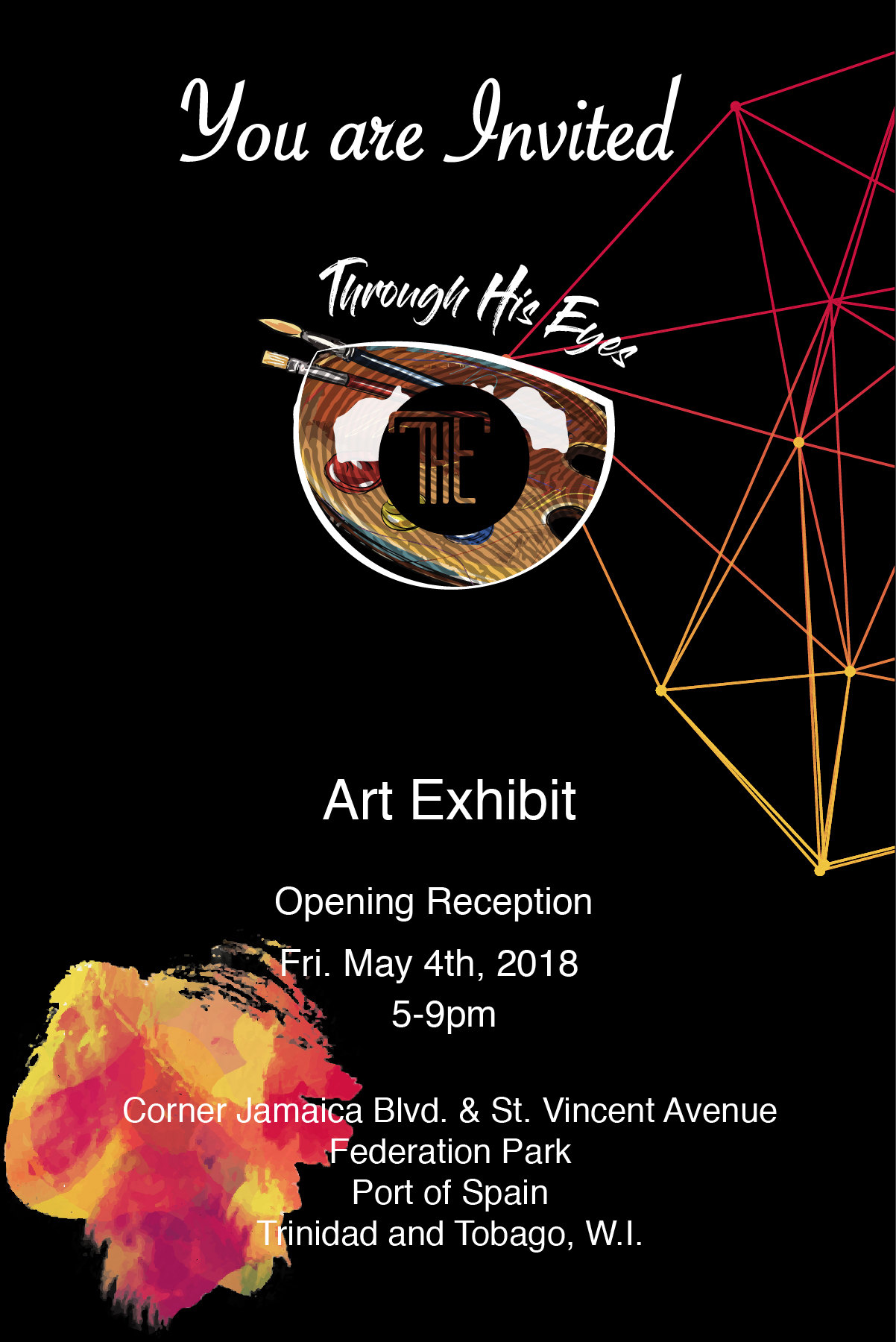 Jahmel John born on April 3rd 1992, in the city of Santa Cruz. At age nine (9) he discovered he had the artist ability of drawing, he then went on to win the best artist award in the eastern division in primary school at the age of ten (10). For six years he went about his life without even touching a sketchbook, then at the age of nineteen (19) he got into Graphic Designing and decided to pursue the degree program at the College of Science, Technology and Applied Arts of Trinidad and Tobago (COSTAATT) in January 2013. Later that year he entered the Trinidad and Tobago Community Development Art Competition in which he placed 2nd displaying his first ever painting which was acrylic based. In 2014 he came 1st in the Blink/Bmobile Art Competition which lead to a six week mentorship programme with Sir. Chief Leroy Clarke. Since then he has participated in a few live paintings and pavement drawing events for COSTAATT and Turning Point. This year 2018 he is pleased to be a part of a group exhibition entitled “Through His Eyes”. 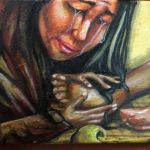 Dr. Debra Bartholomew fell in love with Art when her first son was born, and she decided to sketch him whilst sleeping. Taught to CXC level in Drawing and Pastels media, she decided to ‘try’ her hand at painting. Largely self-taught in this medium, she continued to experiment in different techniques to hone her craft. In 2009, was commissioned to do a large mural in the library of a top school in Mumbai, India which still stands. In 2011, she held her first exhibition, entitled Harmony, born out of the strife taking place in the Middle East from which she and her family fled. Her piece, Raindance, which shows the harmony between the raindrops and a banana leaf, adorns the wall of the Queens Park Oval. She has also exhibited at the Doctors’ Art Attack Art Show in 2014 – 2015. In the group exhibition “Through His Eyes”, she exhibits her greatest work to date, her collection entitled, Grace. 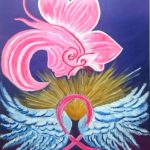 Ginnel Seale was born in Diego Martin in the year 1974. At an early age she was exposed to art through a family friend who encouraged her to not only paint but to write poetry. She developed a love for both and on entering Providence Girls’ High School she started her journey of the arts in drawing, writing and craft. She has won numerous International Awards in poetry and she designs for Carnival and Easter Bonnet Competitions. She is presently a student at the College of Science, Technology and Applied Arts of Trinidad and Tobago (COSTAATT) completing a degree in Graphic Design. She has taken part in local street art and wall murals for a school based project, giving back to the community. Ginnel is now embarking on this new journey a group collaboration entitled “Through His Eyes”.