September Movie Night at the ASTT

Come to the ASTT on September 25th 2015 to enjoy another film in our movie night series. A film on Gerhard Richter will be shown from 7:30pm . Admission is free. 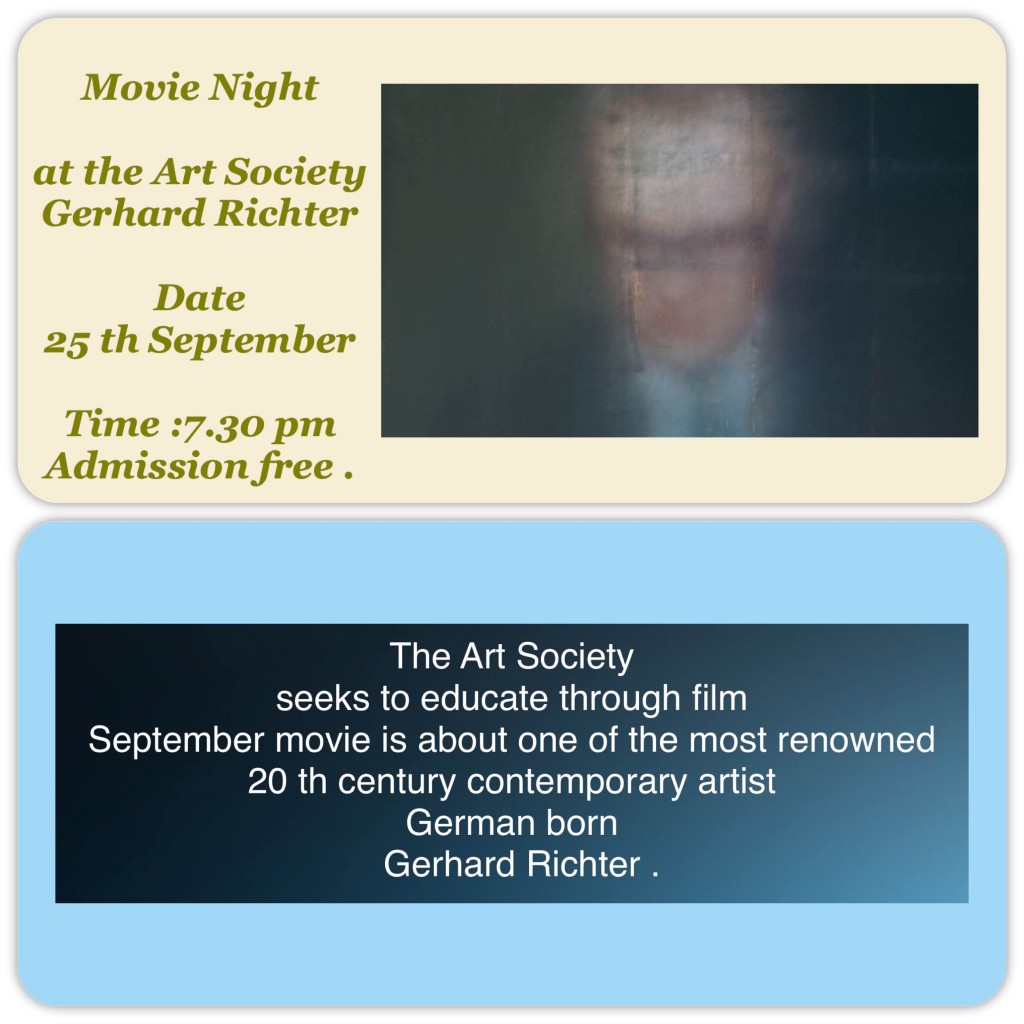 Gerhard Richter (German: [ˈʀɪçtɐ]; born 9 February 1932) is a German visual artist and one of the pioneers of the New European Painting that emerged in the second half of the twentieth century. Richter has produced abstract as well as photorealistic paintings, and also photographs and glass pieces. His art follows the examples of Picassoand Jean Arp in undermining the concept of the artist’s obligation to maintain a single cohesive style.

Richter created various painting pictures from black-and-white photographs during the 1960s and early 1970s, basing them on a variety of sources: newspapers and books, sometimes incorporating their captions, (as in Helga Matura (1966)); private snapshots; aerial views of towns and mountains, (Cityscape Madrid (1968) and Alps (1968)); seascapes (1969–70); and a large multi-partite work made for the German Pavilion in the 1972 Venice Biennale. For Forty-eight Portraits (1971–2), he chose mainly the faces of composers such as Gustav Mahler and Jean Sibelius, and of writers such as H. G. Wells and Franz Kafka.

From his “Writings”, the following refer to quotations regarding photography, its relationship with painting, and the “blur”:

Many of these paintings are made in a multi-step process of representations. He starts with a photograph, which he has found or taken himself, and projects it onto his canvas, where he traces it for exact form. Taking his color palette from the photograph, he paints to replicate the look of the original picture. His hallmark “blur” is achieved sometimes with a light touch of a soft brush, sometimes a hard smear by an aggressive pull with a squeegee.