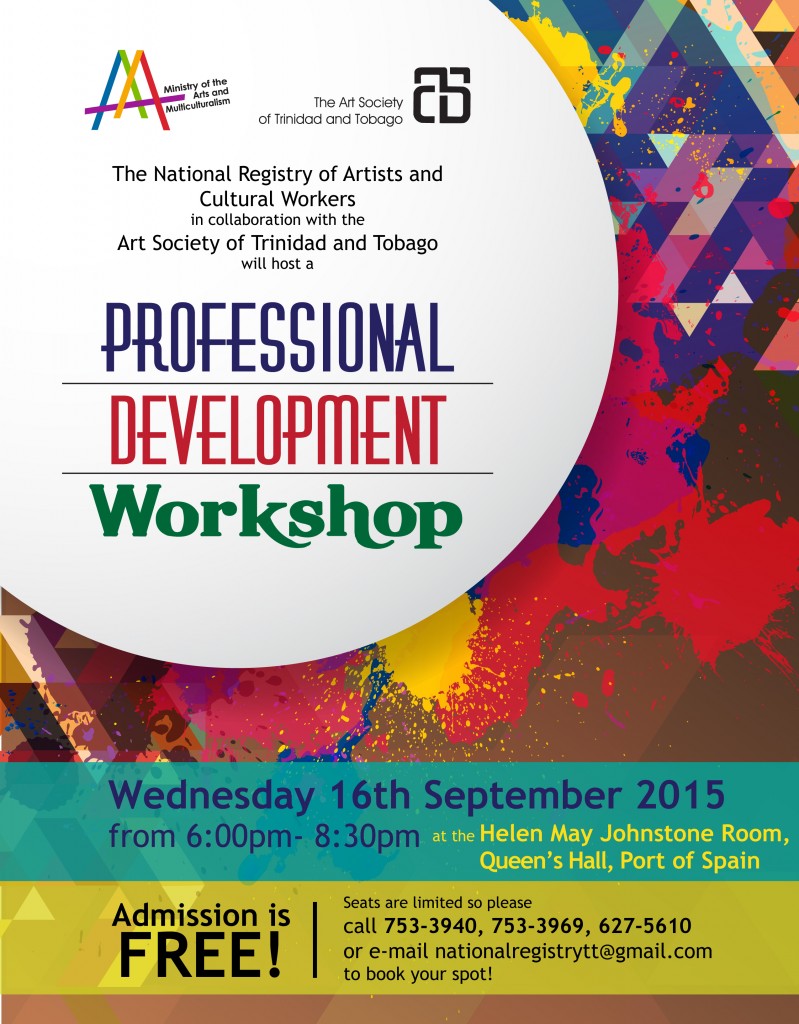 Born in the 1930s to Venezuelan parents, Narcenio Gomez better known as Señor Gomez is one of the leading wire benders (sculptors) in Trinidad and Tobago. He has been designing, bending wire and making costumes for over 50 years. His expertise has been sought after by academic institutions and cultural organisations worldwide.  Mr Gomez will also share his wire bending and mas making skills in the area of Carnival Arts.

In 2013 Munroe was granted a solo exhibition at the National Art Gallery of the Bahamas, which made him the youngest artist to be awarded a national show at the institution. The revolutionary exhibit  “Swan Song of the Flamingo” went on to receive international acclaim.